One of the Llyn Peninsula's more famous local landmarks is the "Jampot" or Melin Foel Fawr overlooking Mynytho. It's a stone tower built on a hill which is visible for miles around. 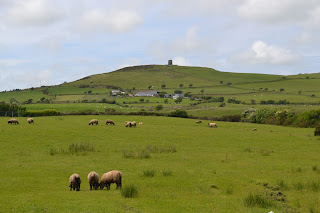 Although it may look like some sort of mini-fortress, the tower was actually built as a windmill, but was never successful due to the cross-winds on that particular hill. However, many modern day "windmills" are being erected nearby, as landowners put up wind turbines for electricity generation. 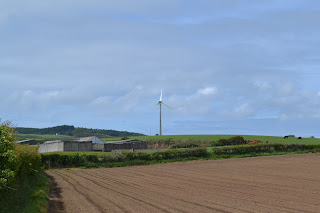 Posted by Walking North Wales at 06:32