Beware the Tides of March!

According to this article in the Daily Telegraph, the 21st of March will apparently be the date of a "Super Tide". There will be an unusually strong spring tide caused by the sun and moon aligning while the latter is at its closest point to Earth in its elliptical orbit.

The high tides produced could potentially raise risks of flooding if they occur during a storm surge. However, the enhanced tidal forces will also result in very low tides. This can grant opportunities to see many ship wrecks and other interesting features off the coast of Llyn that are normally hidden by the waves. One such wreck is the Stewart off Porth Ty Mawr near Llangwnnadl. Better known locally as "the Whiskey Ship", the Stewart ran aground on Easter Sunday 1901. The cargo of whiskey bound for Australia was rapidly rescued from the sea by some of the local residents, who then proceeded to move it for "safe keeping" in farm buildings, haystacks and down rabbit holes, much to the chagrin of H.M. Customs and Excise. The remaining timbers are only 6 - 10 feet below the water and are sometimes exposed at extreme low tide. 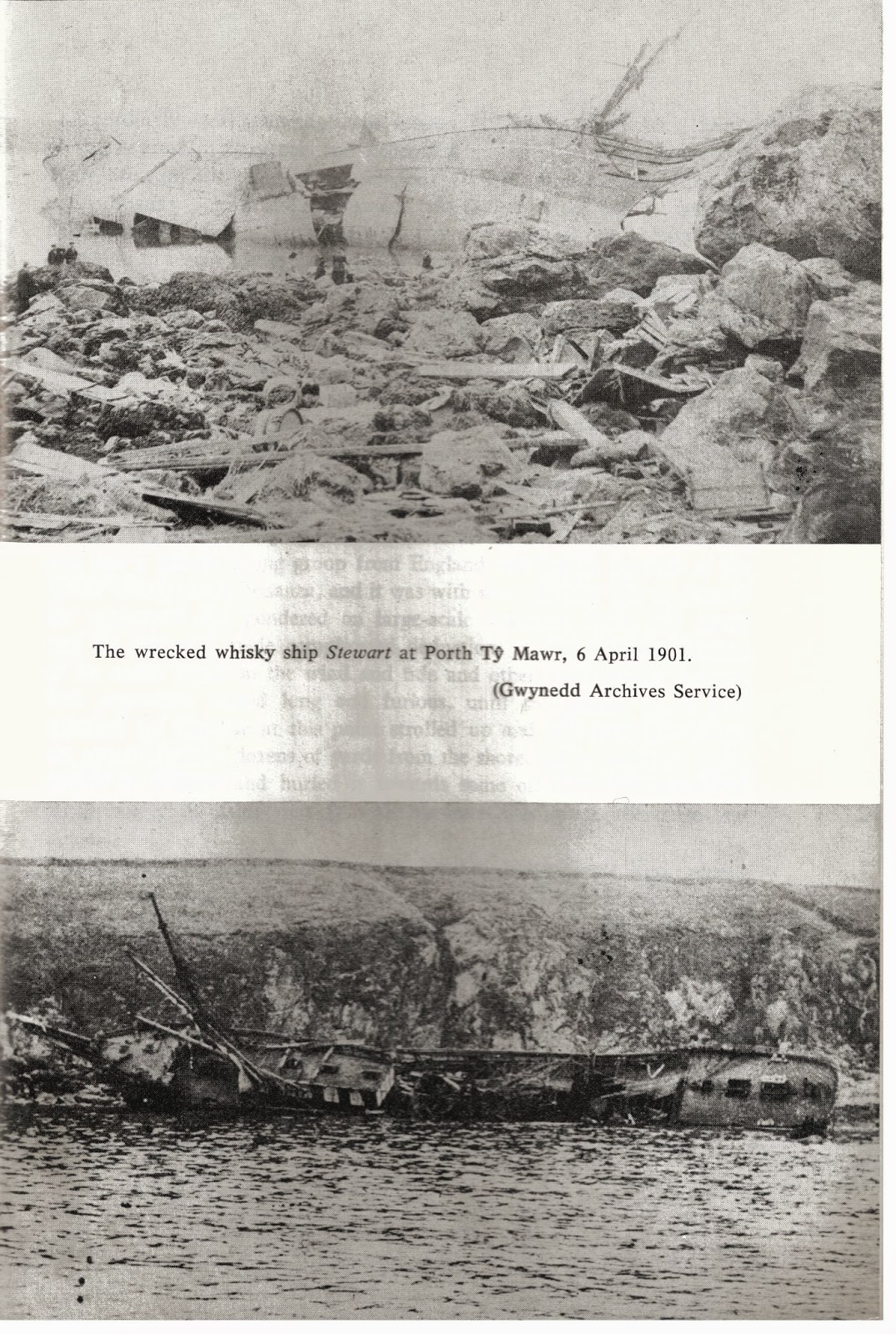 Posted by Walking North Wales at 07:27 No comments:

An article in today's Daily Telegraph reports on a bid to add hyphens to many Welsh place names in order to aid pronunciation by those unfamiliar with the language.

The proposals have not met with widespread approval, as people are understandably attached to the current village place names which have been used for years.

To suggest that place names that have evolved through time should be stripped back down to their original language components is to misunderstand how those components were themselves formed by evolution. We could, however, have a lot of fun with English Placenames. Man-Chester? Birm-ing-ham? Needless to say, you can be confident that you will not need to visit us in "Aber-daron" by way of "Caer-nar-Fon" and "Llan-ael-Hearn"!

Posted by Walking North Wales at 04:01 No comments:

New Year’s Greetings from Aberdaron. Our best wishes for a happy and prosperous New Year. What a brilliant year 2014 has been for Aberdaron and Manaros! Not everyone was lucky but for much of the summer the sun shone for week after week, and we've yet to see a frost this winter at this end of the Llŷn. 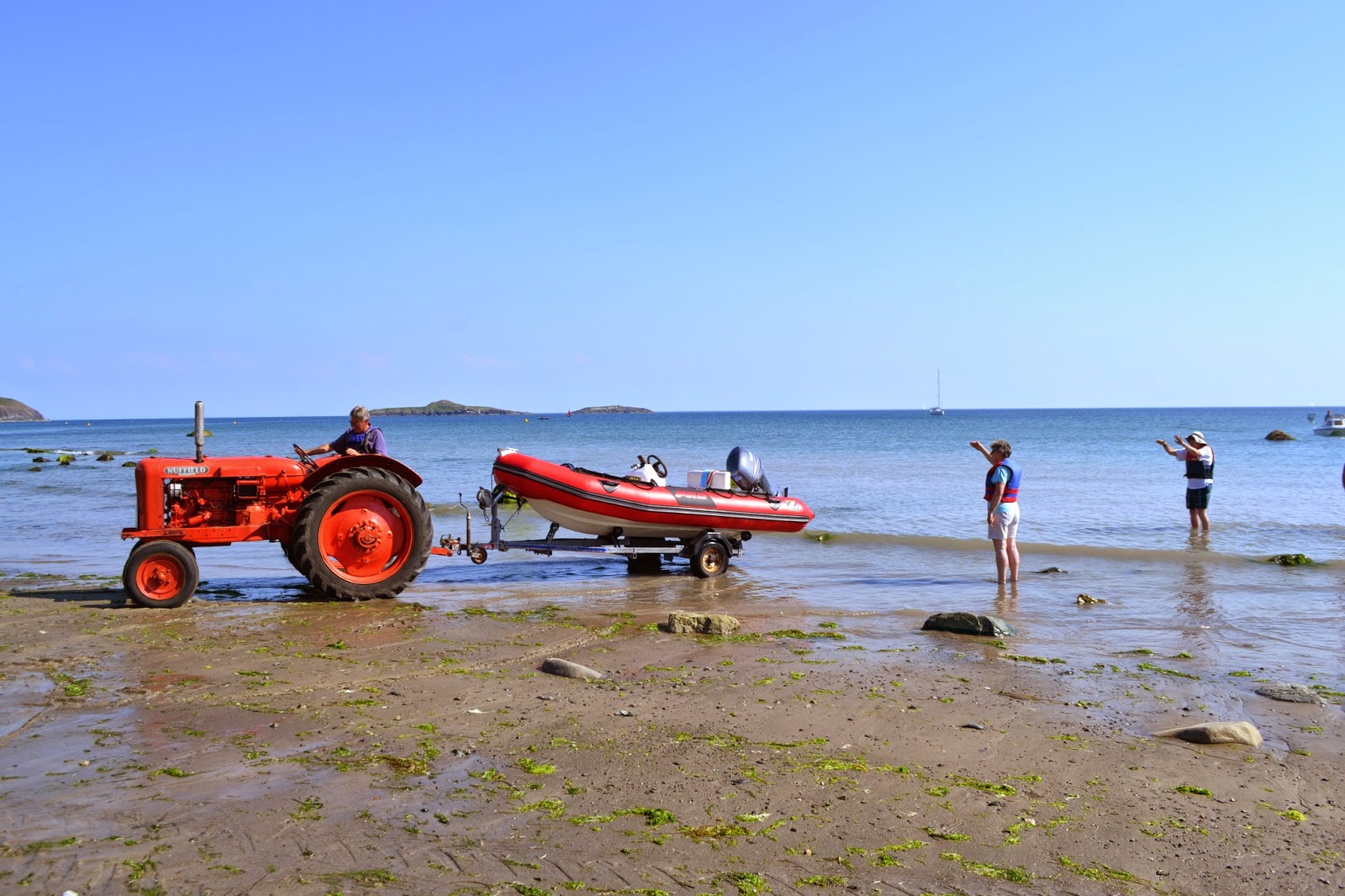 Manaros was let for an extended season which meant that we could afford to make some upgrades and hold the prices steady over the last three years into 2015. We have also invested in an electric rise and recline chair and an adjustable bed which is available on request. 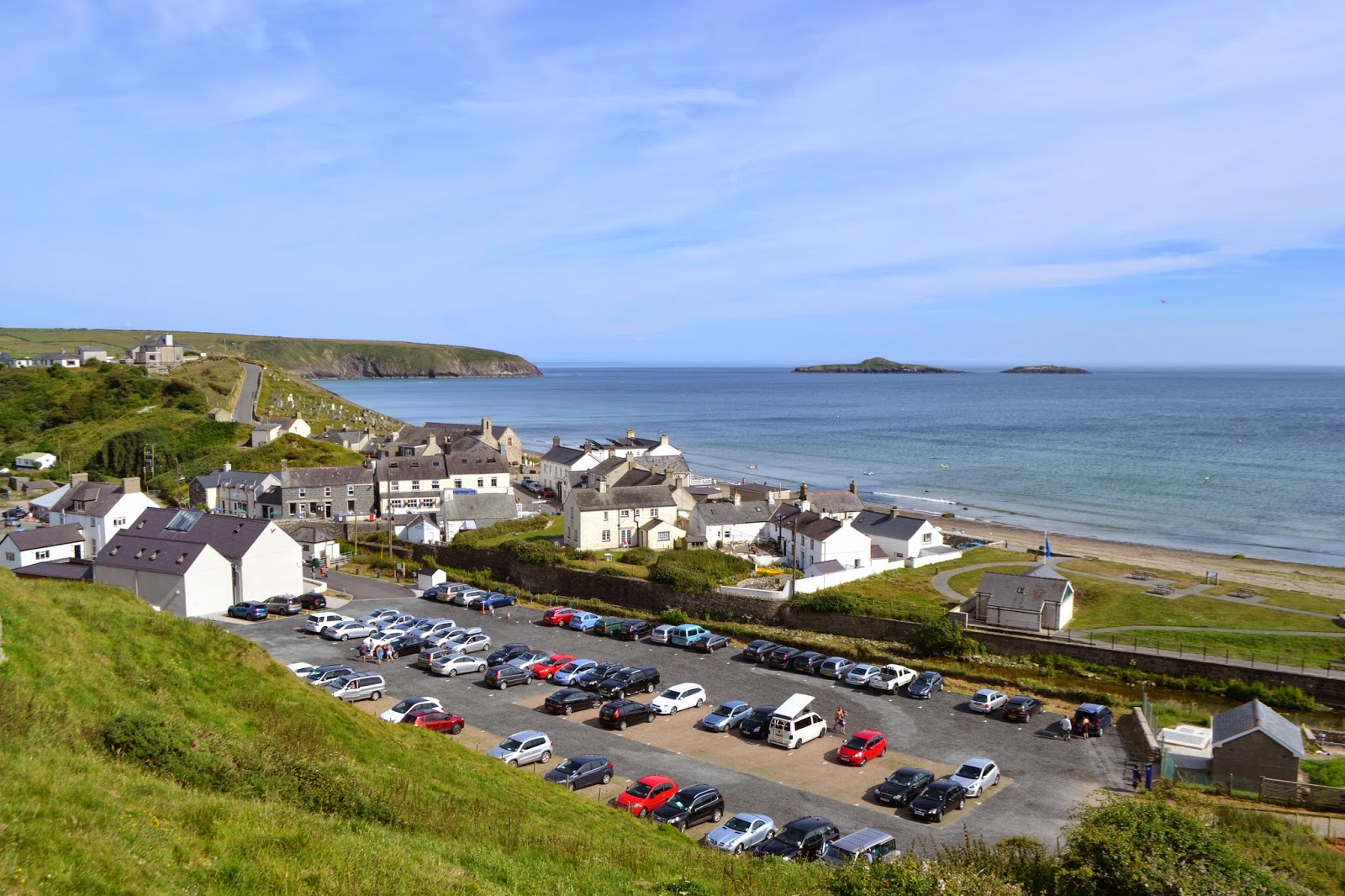 The village car park is now owned by the National Trust, is open in the evening and is free to members. The new National Trust Interpretation Centre Porth y Swnt is now open and has a number of intriguing, puzzling  and unusual exhibits. It is well worth a visit. 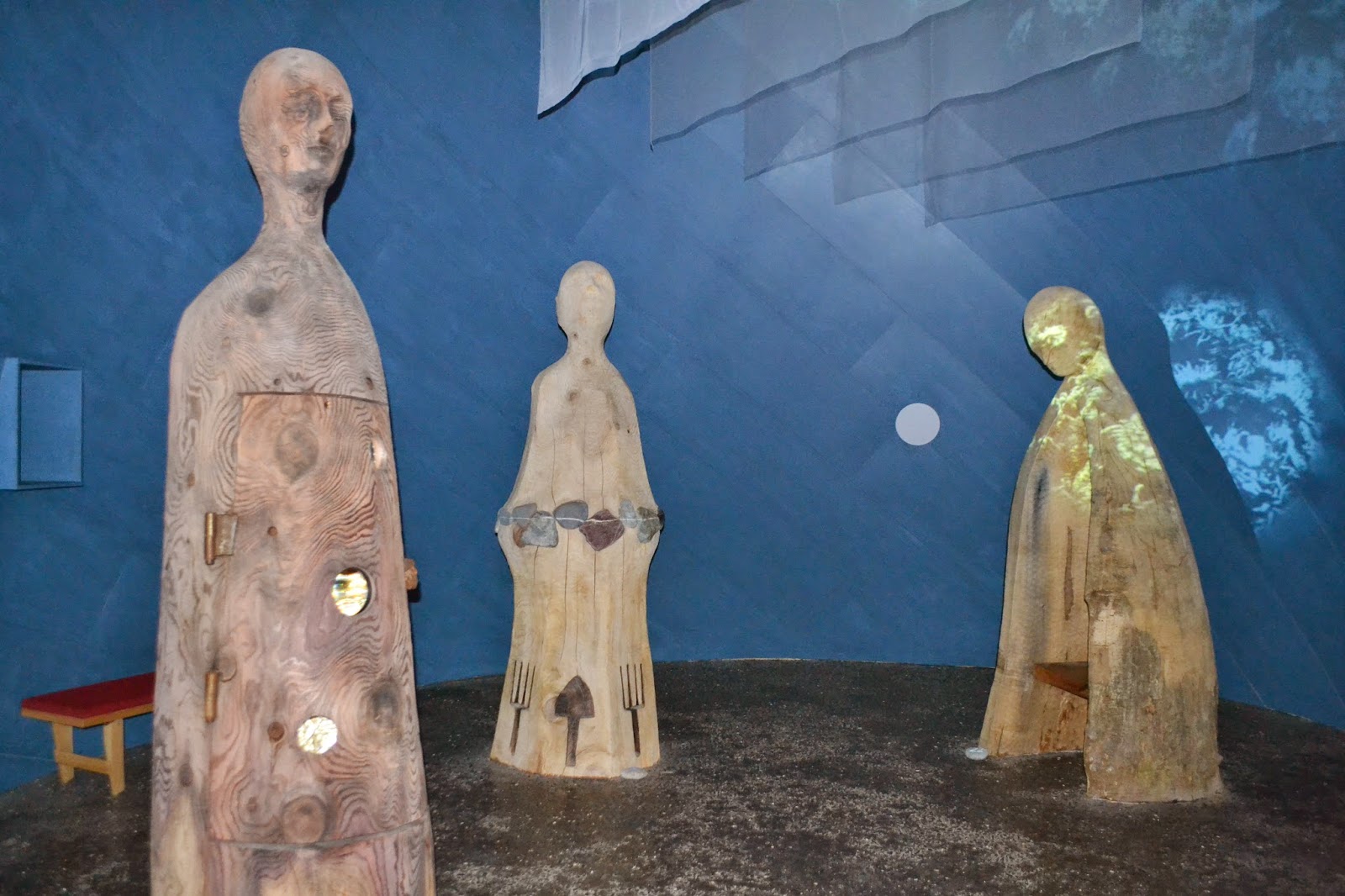 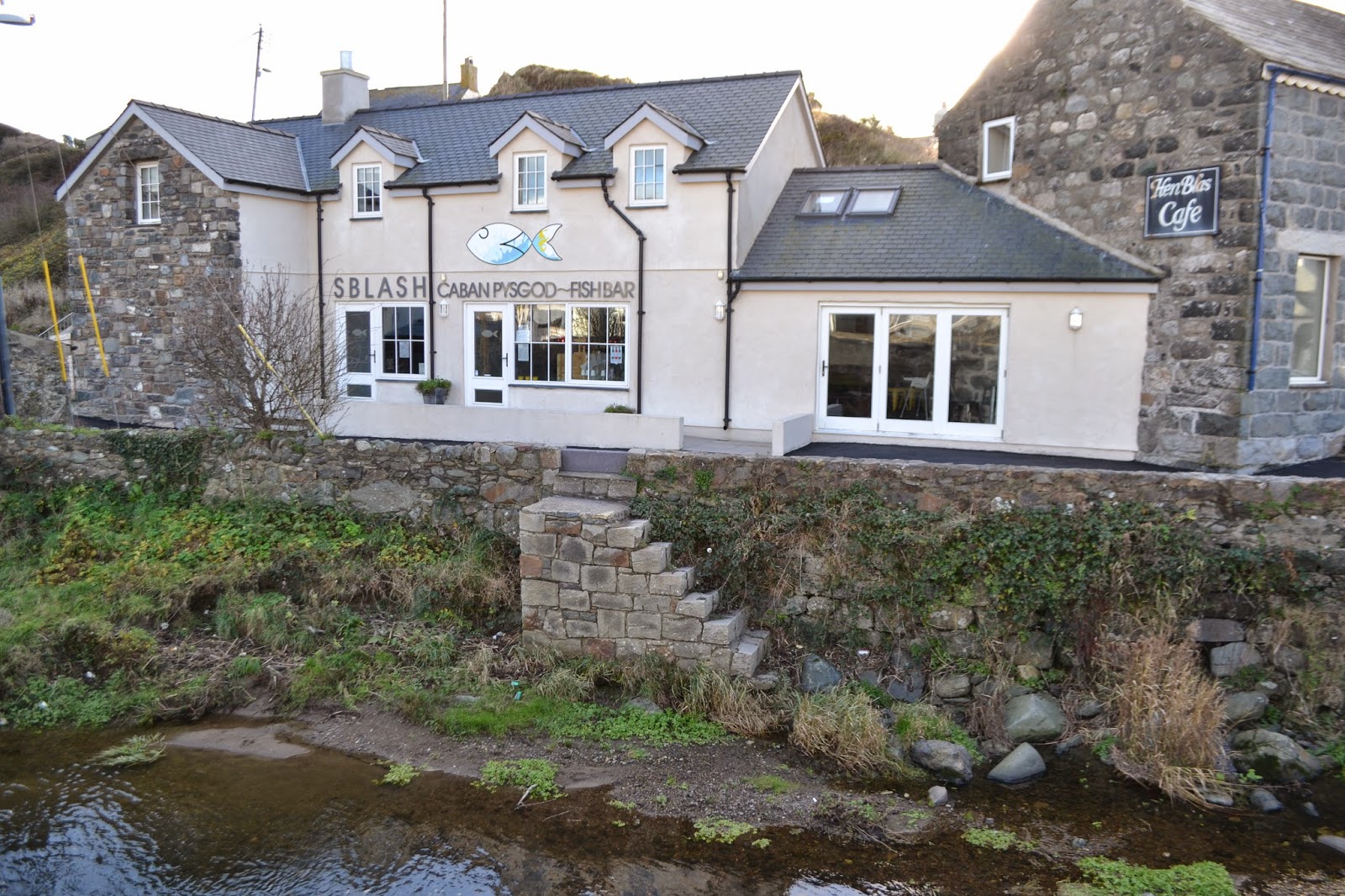 The new fish and chip shop is doing a busy trade and the menu now includes lobster tails and crab cakes, and more is promised for 2015. 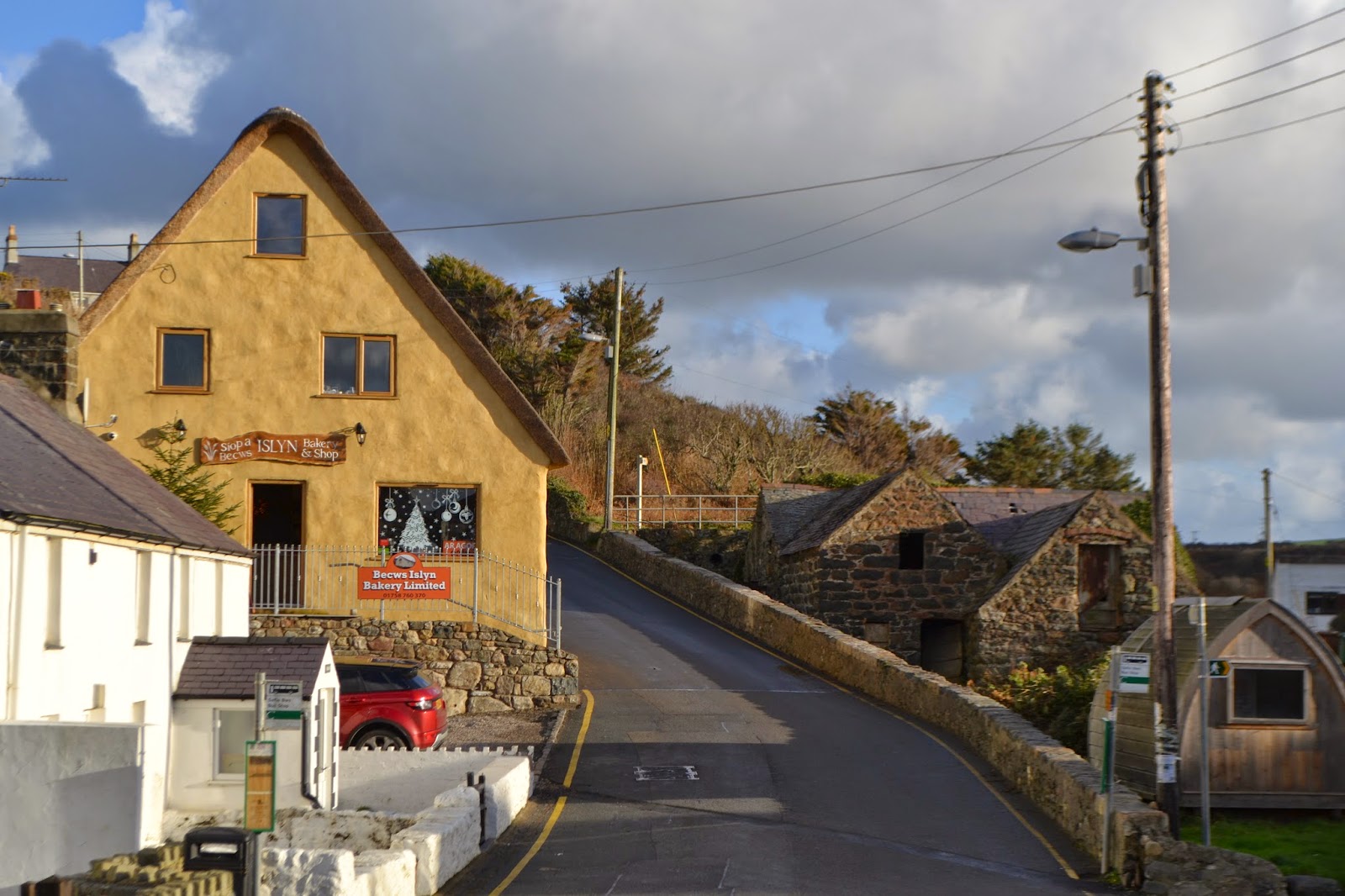 The new 3 storey thatched bakery has been built, to some controversy, and dwarfs the old mill. The bread, savouries, cakes and biscuits are better than ever though. 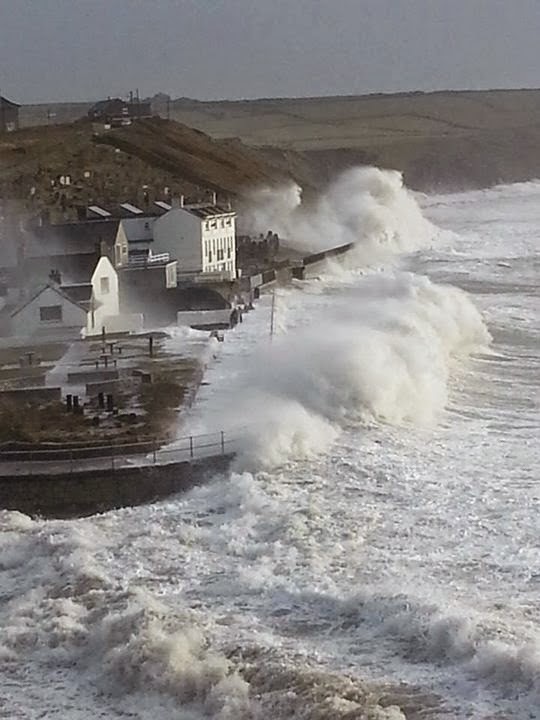 Further improvements have been made to the Wales Coast Path and this section from Rhiw to Aberdaron along the south coast is due to open mid 2015.
The winter storms of early 2014 caused some damage and brought a lot of sand into the village, but the beach has now returned to normal. However, we are promised 70 mph winds this week and some high tides... 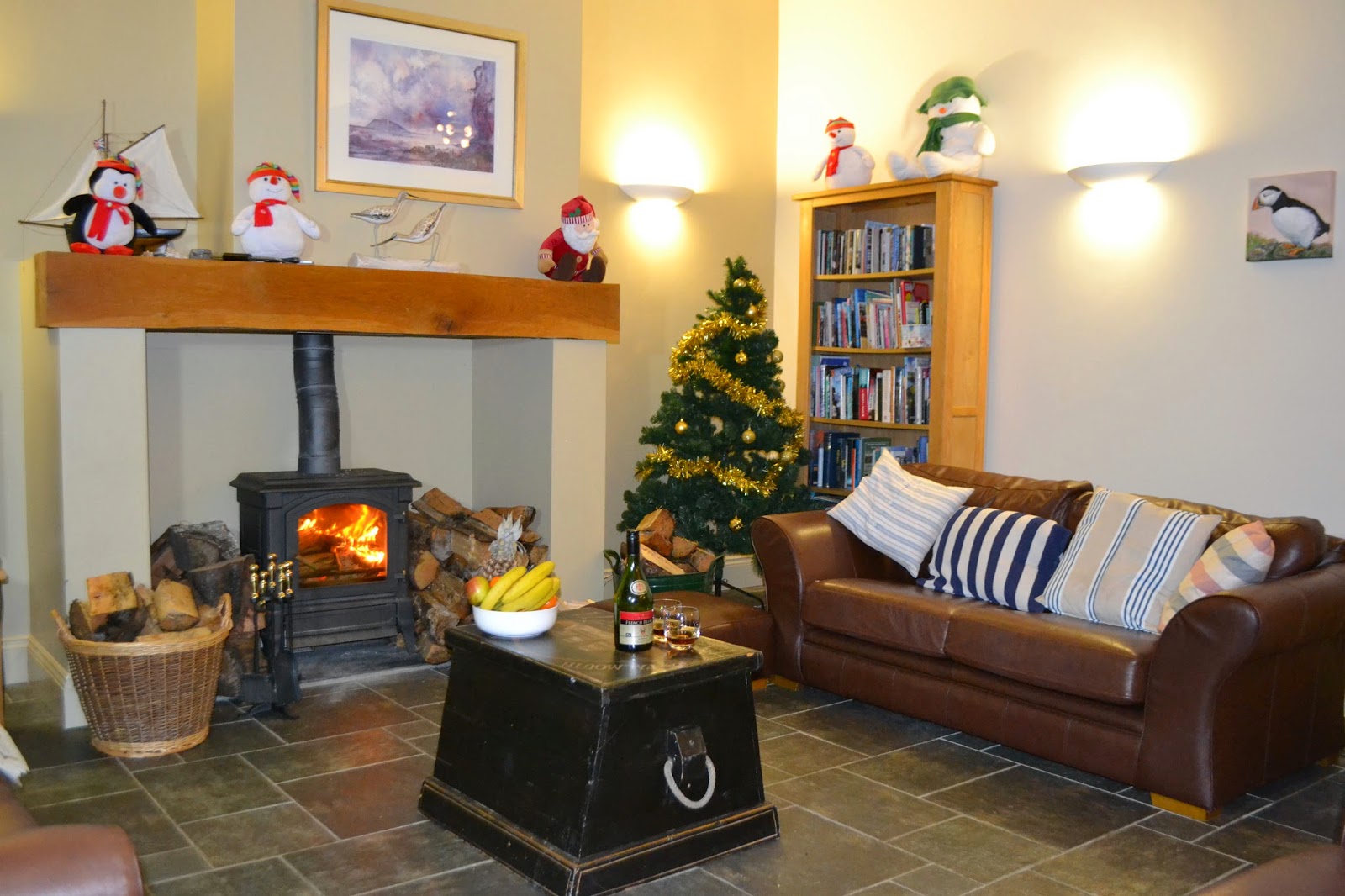 We were fortunate to have bookings at Christmas and at New Year, and Manaros proved to be a comfortable place to stay in the winter, see this review on Trip Advisor, and this photograph of the Boxing Day charity swim. Though we must confess that neither Simon nor I made an appearance! 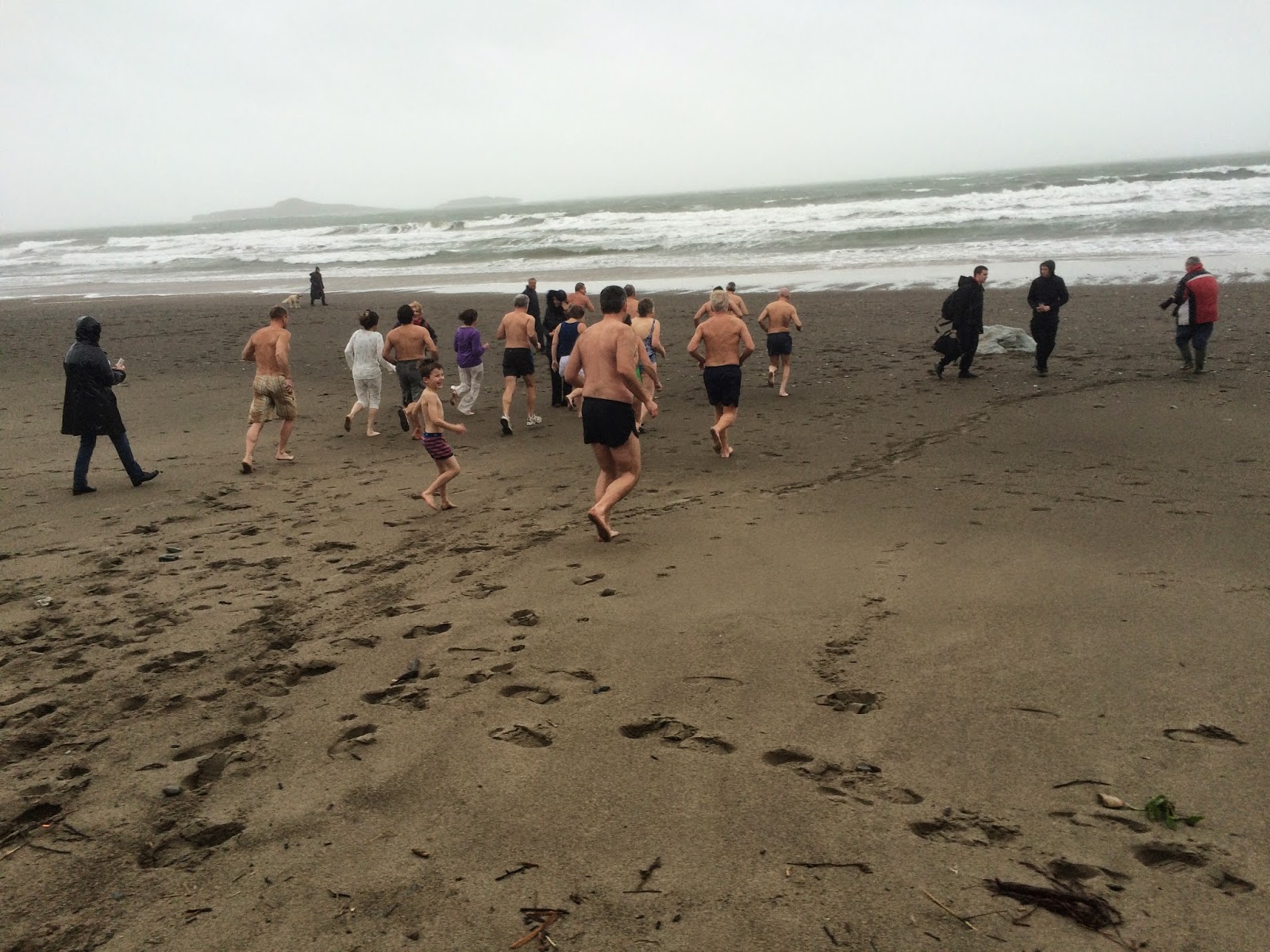 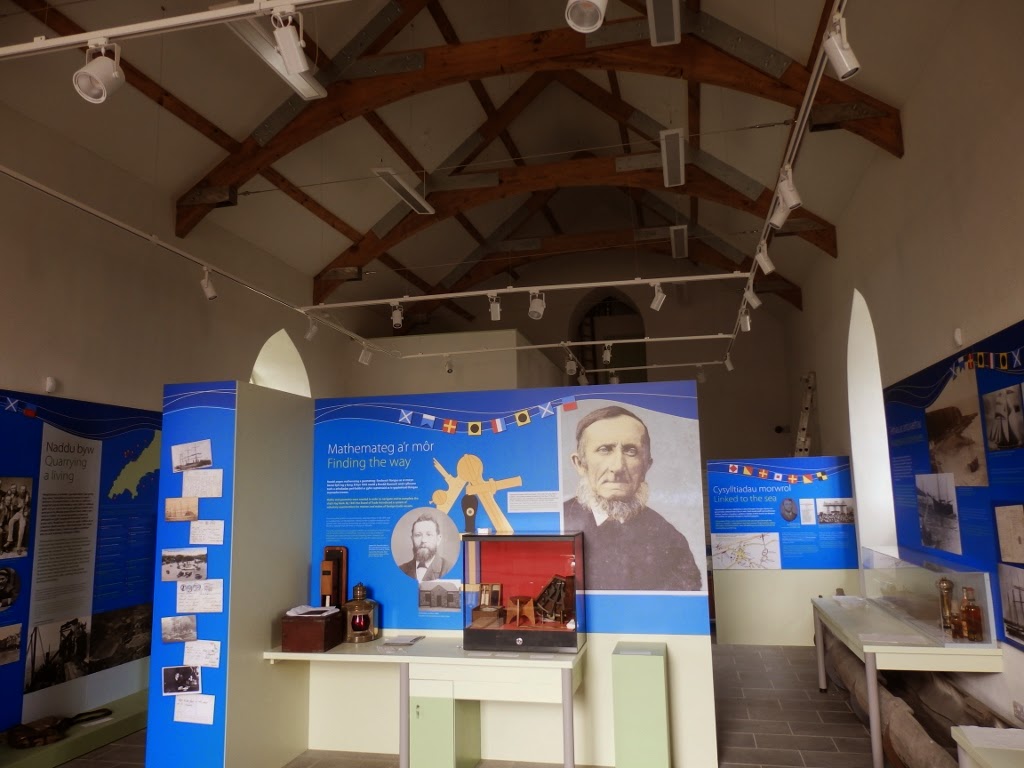 There are new attractions in the area, such as the restored Nefyn Maritime Museum, which shows the development of shipping on the Llŷn Peninsula.

The Felin Uchaf eco centre at Rhoshirwaun continues to develop and the new visitor centre will be open this year. 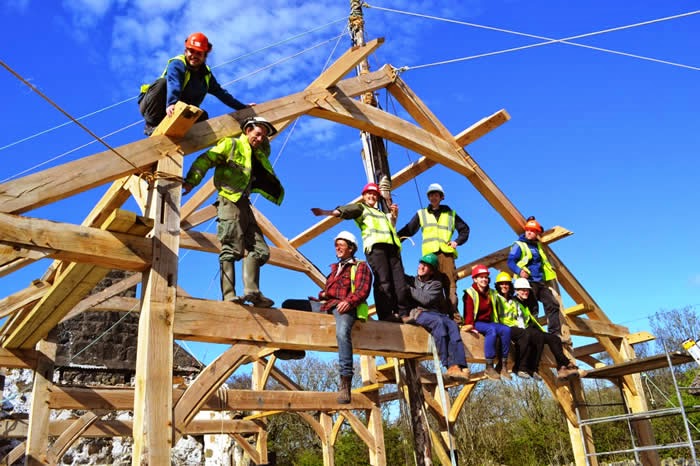 To encourage off-season visits we are offering free transport to the Coast Path between Porth Oer and Mynydd Rhiw, which means that you can pick challenging walks back to Aberdaron along the coast. We are getting good bookings for 2015, so if you do want to visit us this year, please have a look at the availability calendar and, as they say, book now to avoid disappointment!


We hope to see you soon. Before we go, the video below was published on YouTube last year and well worth a watch in case you need one last bit of inspiration to come to the Llŷn. Mwnhewch!

Posted by Walking North Wales at 07:53 No comments: