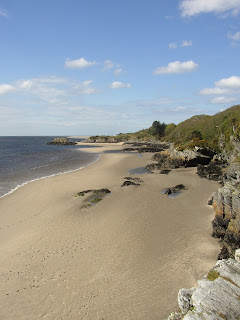 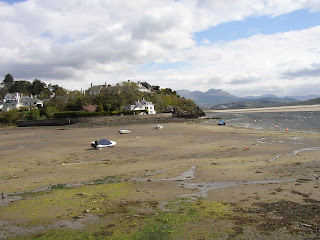 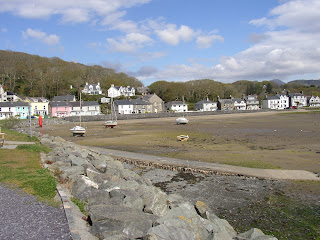 This is just outside Portmadog. In fact before Porthmadog was built in the early nineteenth century (as a consequence of the Cob barrier) it was the pre-eminent harbour at the mouth of the Glaslyn River. 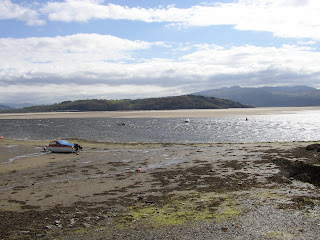 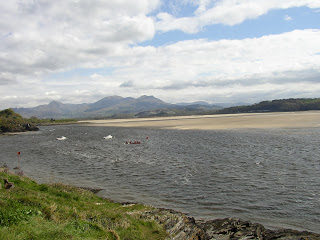 Views back to the Cob and over to Portmeirion are superb. 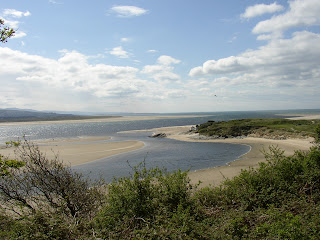 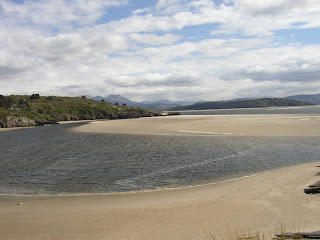 At low tide on a sunny day these sandy beaches are a delight and the coast path takes you on to the final discharge of the Glaslyn into the sea. The path is sandy and pretty level. 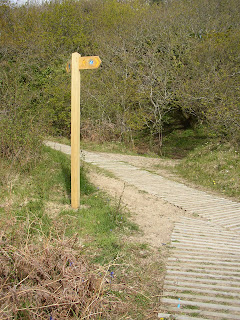 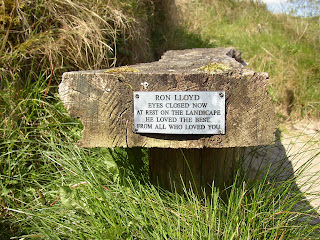 The path around the dunes has been stabilised and seats have been dedicated to many people who had clearly fallen in love with this place. For most of us who will never found a school or discover a lake or be buried in Wesminster Abbey, can you think of a better tribute? 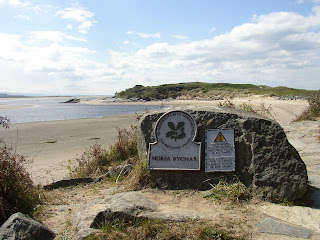 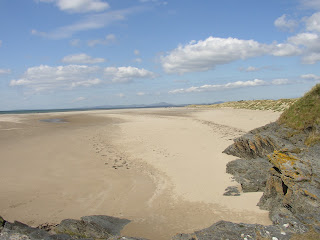 The path then leads you on to Morfa Bychan (“little sea marsh”-most of which is now a golf course) which has an area known as Blackrock Sands which must be the largest expanse of sand that I have ever seen. Pick your way past the caravans on your way into Criccieth.

Posted by Walking North Wales at 02:52