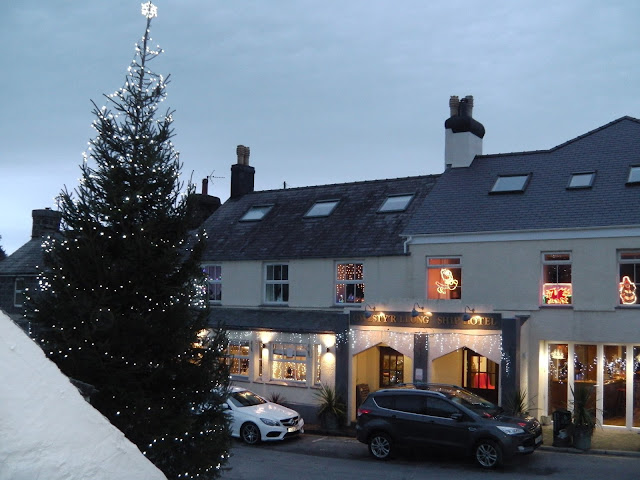 A very Merry Christmas and Nadolig Llawen from Aberdaron to all our friends and customers! The village Christmas tree is erected and decorated outside the Ship Hotel, and the church services at St Hywyn's have been organised. December began with usually frosty weather but it has since turned milder. Simon and I thought we would take this opportunity to share some of the highs and lows of 2016. 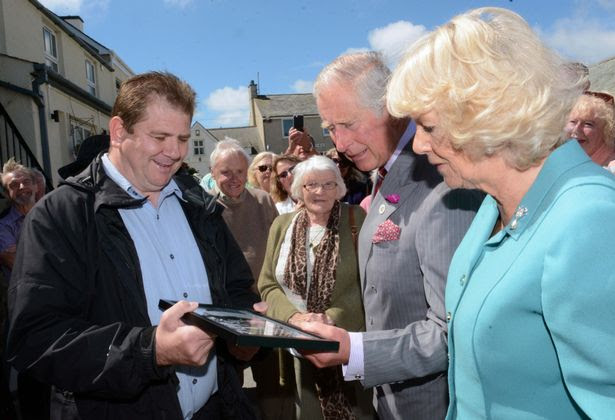 "A jolly good place to visit." is how Prince Charles described Aberdaron on his visit in July. Such visits only take place once in a generation but Alun at the Ship was able to provide the Prince with a photograph of his last visit way back in 1978. 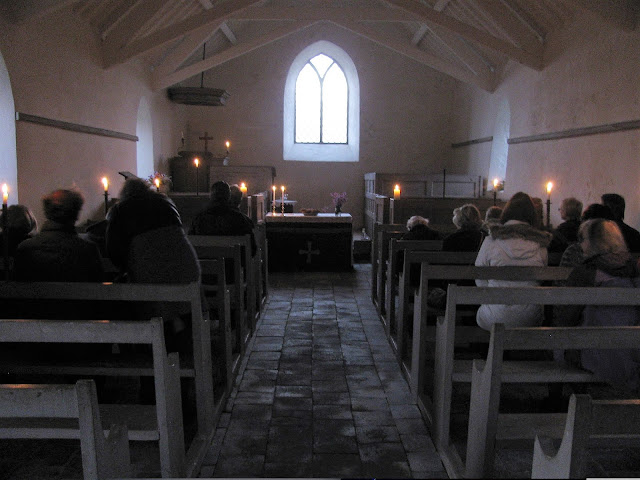 We very much enjoyed hosting the first Sacred Land conference which was based at Manaros. This was a group of people interested in spirituality and the environment and led by Rev. Tim Higgins, a Tertiary Franciscan who now lives just outside Tudweiliog. The photo above was taken during a candlelit Eucharist in Penllech church during which dawn rose in the east window. 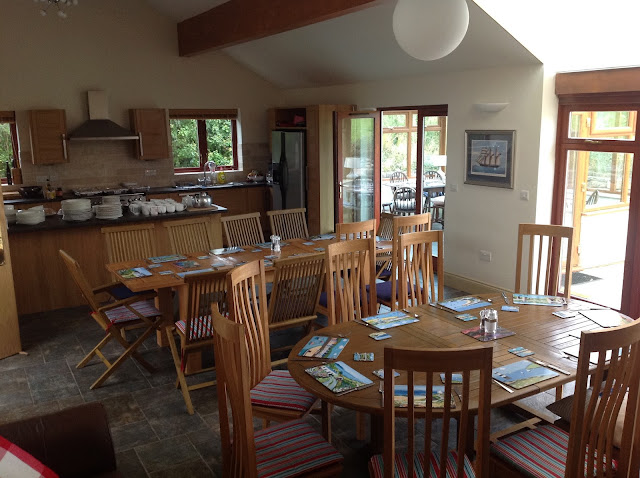 We have been able to use Manaros as a base for a number of big parties, largely birthday and anniversary celebrations, where up to 30 people (who stay in accommodations in and around Aberdaron in addition to Manaros itself) are served a special meal. This is an organisational and catering challenge but hugely enjoyable all the same. 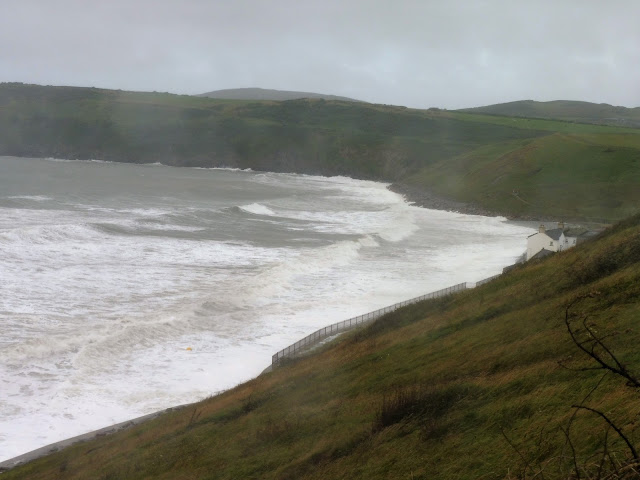 We've had some occasional wild weather this year. August brought a storm that would have seemed more appropriate in November. Luckily it did not last long, and the tail end produced some very good surf for our customers. 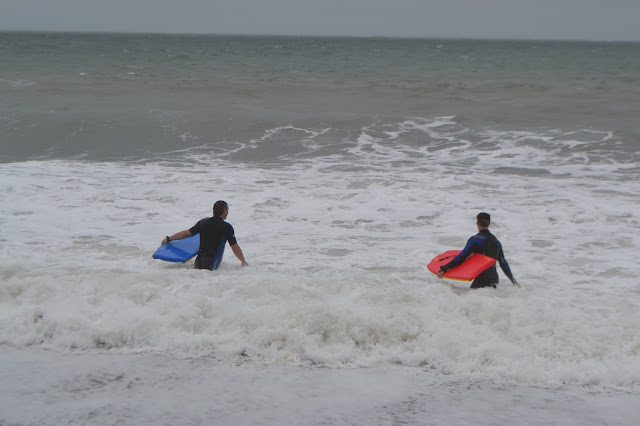 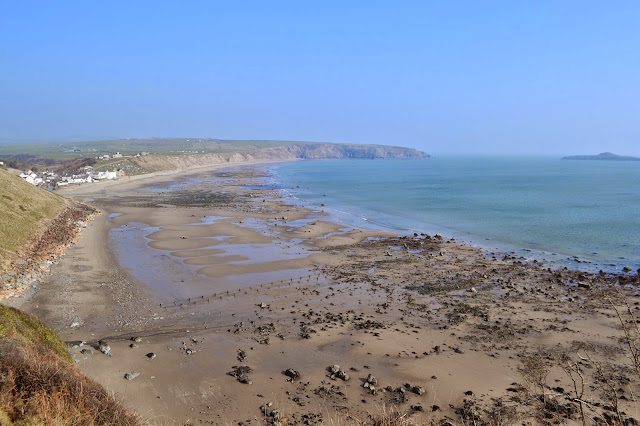 At the opposite extreme, calm conditions during a spring tide exposed more of Aberdaron beach than I have ever seen. You can clearly make out the remains of the piers that once extended out into the bay. 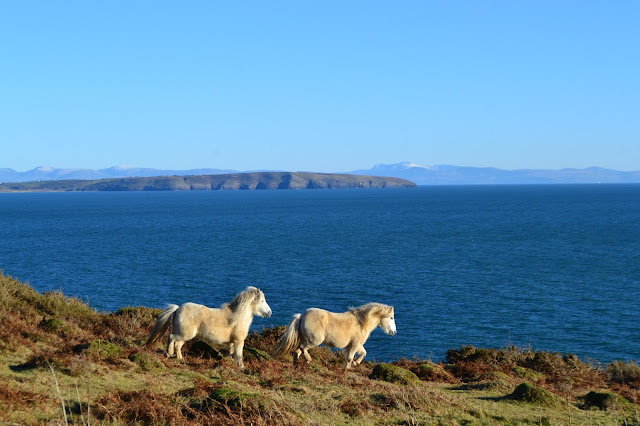 We continue to be pioneers in the walking holiday field. We have had a number of takers for the new self-guided walking holiday, including luggage transfer, from Porthmadog down to Aberystwyth on the coast of Cardigan Bay. The final section of the Wales Coast Path on Llyn between Porth Ysgo and Aberdaron came on stream this year and we think it the best section of the lot.

2016 was the first year that we had full use of the new VW Tiguan which we now use in place of the old Touran. It is a real pleasure to drive a car without any dents or creaks. 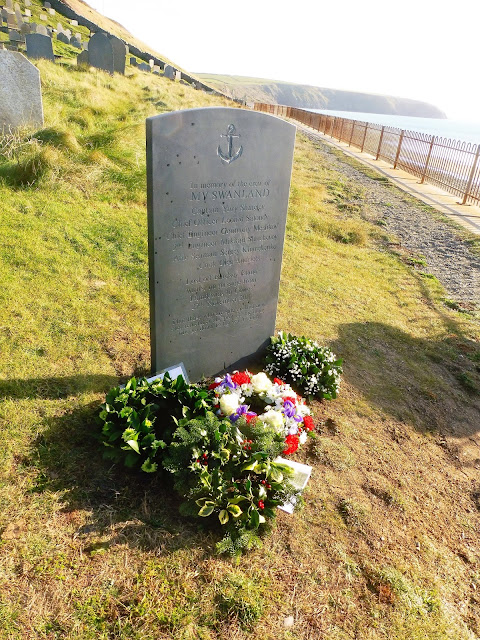 A reminder that, though we live in a beautiful and often tranquil place at the Edge of Wales, there is also tragedy. We attended the blessing of the memorial stone in St Hywyn's churchyard to commemorate the loss of five men during the sinking of the MV Swanland just off Bardsey Island in November 2011. 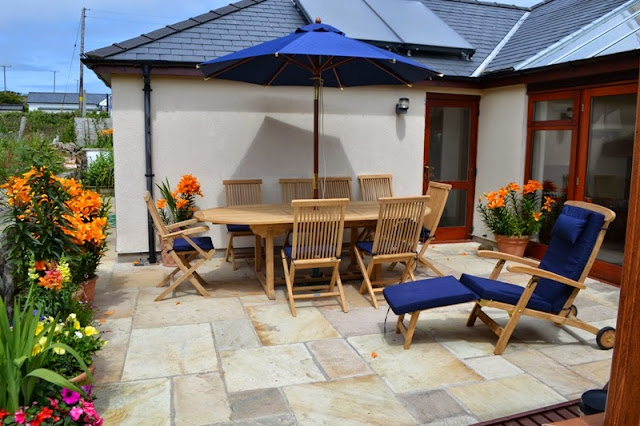 Fortunately this year Glandwr and Manaros are both booked for Christmas and New Year and bookings are coming in for 2017. If you are thinking of coming to Aberdaron again next year then now would be a good time to book. If you fancy seeing more of the Llyn than Aberdaron then you can always try one of our walking holidays - www.edgeofwaleswalk.co.uk. If you know any friends who you think might enjoy a holiday here then do please pass on our details. It would be a great help to us. 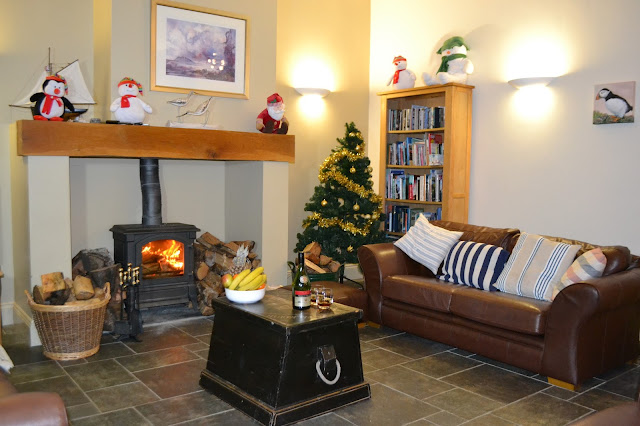 Simon and I would like to wish you a very Merry Christmas and a Happy New Year to you and yours.