This is a good time of year to see one of Nature's great spectacles in Aberdaron - great swooping flocks of starlings called murmurations, so named because of the eerie sound of thousands of wings flapping in unison. We can often see the starlings from the conservatory at Manaros wheeling over the open fields, which is what inspired Peter to take these photographs of the power lines behind Manaros. 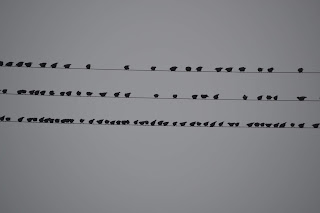 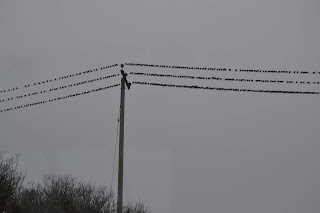 During Autumn and Winter, hundreds or even thousands of starlings gather together in huge flocks resembling an airborne school of fish, that twist and morph in an almost hypnotic dance. It is believed that the huge flocks give the birds safety in numbers from predatory birds such as hawks. The huge flocks tend to gather in birds from miles around who then roost together overnight for warmth during long, cold winter nights.

The ability of these tiny birds to perform such acrobatic swoops and turns while in such tight formation is truly impressive, and likely thanks to their split second reaction times. Unfortunately these starlings flew off in the wrong direction for Peter to capture their flocking behaviour, but we found this video by Dylan Winter on YouTube to give you some idea of how spectacular it can be -

By coincidence, Peter was at an exhibition at Plas Glyn y Weddw in Llanbedrog the other day, by the artist Ruth Gibson, that had several works inspired by Murmurations. Ruth works in ceramic media and has created a number of beautiful plates and chargers with themes of the natural world. It's well worth checking out her work if you are passing the gallery, or see her website at www.ruthgibsonceramics.co.uk. 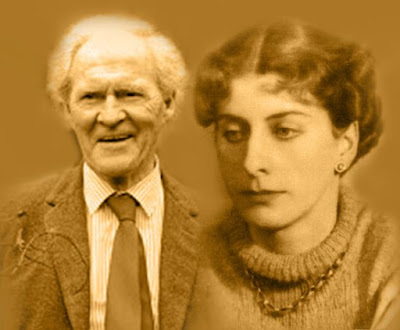 The program for the highly successful RS Thomas festival has now been finalised for 2019. We are delighted that an Edge of Wales tour has been included for the first time. This will be a minibus tour of places associated with the poet - St Hywyn's church, the old rectory, his retirement home at Sarn Plas and Mynydd Mawr with its views over to Bardsey Island and St Mary's well, the subject of his poem Ffynnon Fair. This is to take place on Friday the 21st of June 12:30 to 15:00.

There are many, many other events including a talk by the retired Archbishop of Canterbury Dr Rowan Williams. Please do look at the full program which is available at https://rsthomaspoetry.co.uk/ and tickets can be ordered at https://rsthomasfestival2019.eventbrite.co.uk,


Posted by Walking North Wales at 08:00 No comments:

One of the benefits of winter is that with the trees bare you can see all sorts of hidden parts of the landscape. I was driving to Pwllheli from Aberdaron the other day and happened to catch this glimpse of the Nanhoron Estate. The main house is from the regency period, but the Harden family have owned this 5000 acre piece of land for 700 years. These days they operate it as an environmentally friendly farm under the Tir Gofal (Land Care) scheme to encourage wildlife. 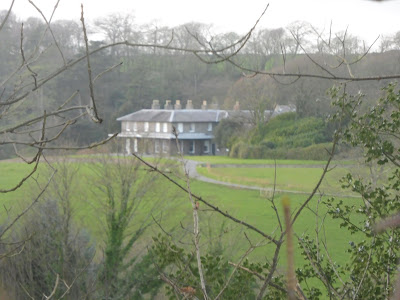 The older house, Hen Dy, is available as a holiday let.


The winter this year is far from over and we may yet see the sort of snowfall that we experienced last year. However, the weather of late has been nothing short of remarkable and these random photographs were taken last weekend.
Before you all phone me up to book a holiday, we can't offer you Manaros until March, but we can offer Glandwr, see www.aberdaron-glandwr.co.uk. We can offer a 3 night weekend for just under £300 in January.
Posted by Walking North Wales at 09:00 No comments: 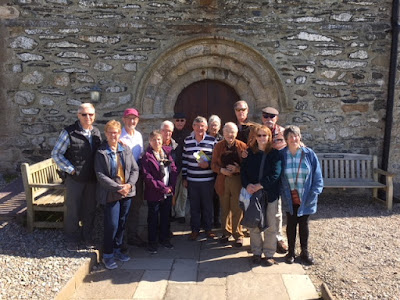 We were very glad to welcome our friend Hywel Roberts back to Aberdaron last month. Hywel is based in Minnesota and often brings parties from America to experience his original homeland Wales. Here is the group in front of St Hywyn's with Peter, who was giving them a talk on local history.
Posted by Walking North Wales at 08:07 No comments: 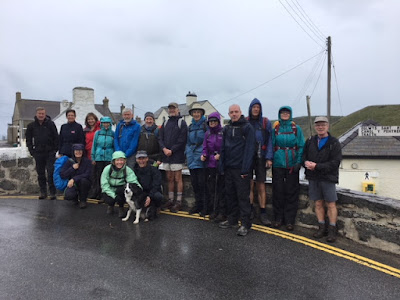 We recently hosted the Lancashire Long Distance Walkers Association here on the Llyn Peninsula. Most of the group stayed in the Fairway Country Hotel in Morfa Nefyn, with another couple staying at the Pen Llyn B&B in nearby Dinas. The group stayed for 5 nights commencing on Friday the 21st of September, and walked all the way from Aberdaron to Felinheli near Bangor, an impressive distance of 57 miles! That is what I call fitness!
Posted by Walking North Wales at 07:58 No comments:

A month ago we were digging ourselves out from the snow. Today it seems that spring has arrived in full force. Peter went up to Plas yn Rhiw today and took these photographs of a garden beginning to burst with colour. 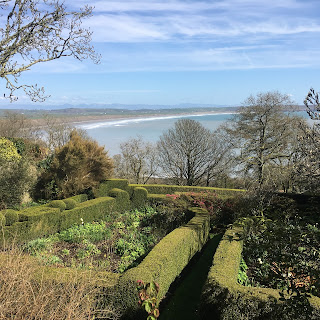 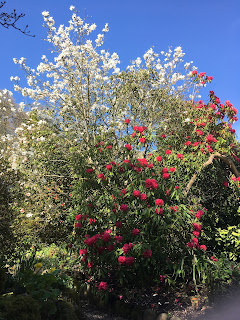 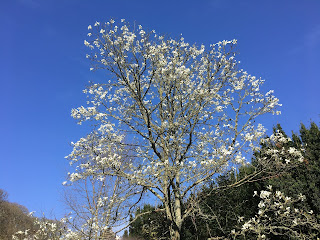 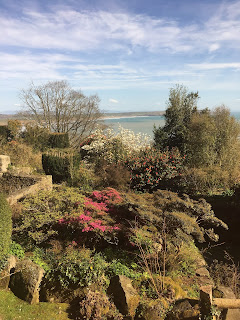 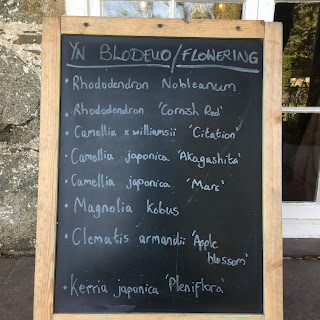 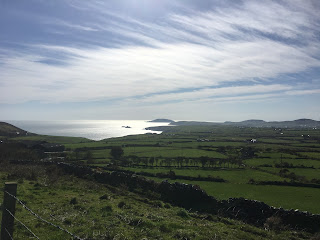 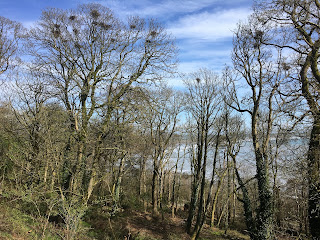 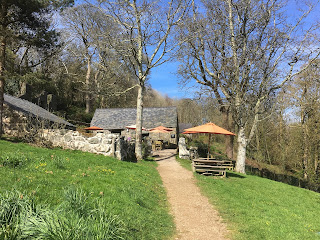 Manaros is now sold out for full weeks until October but we have 4 short breaks and we offer these below as special offers for our previous customers.

If you would like to book any of these dates please get in touch by email on enquiries@aberdaroncottage.co.uk, or by phone on 01758 760 652. We would love to see you.