Peter was our walking the other day, and came across a little historical gem in the Conwy Valley. St Mary's church is a charming little building dating from the 14th Century. 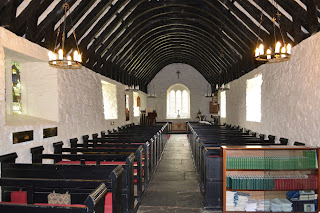 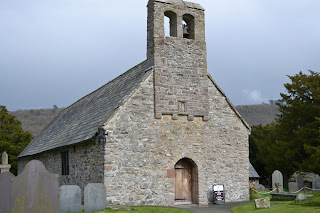 However it is built on the much earlier remains of the Roman Fort Canovium. This was built erected in timber shortly after the Roman conquest of Wales , before being renewed in stone during the 2nd Century. It is still possible to see the outlines of the fallen walls, and the bathhouse that the soldiers frequented.


After the Romans left Britain, the site was occupied by the King of Gwynedd, Rhun Hir ap Maelgwn (reigned c. 547 – c. 586), hence the area's Welsh name Caerhun - the fort of Rhun.


Posted by Walking North Wales at 08:50 No comments:

As of May 1st we are planning an overhaul of our blog, to focus more on practical information for walkers, such as reviews of paths and accommodation. These will include a review of which of the Snowdon paths are right for you.

We will also be inviting guest bloggers to write articles every month.


Posted by Walking North Wales at 07:09 No comments:

Gwynedd County Council are making a big push to promote the health benefits of walking with their program "Dewch i Gerdded Gwynedd", or "Let's Walk Gwynedd."

They are organising a regular weekly schedule of walks, many of which are taster sessions for Nordic Walking, as well as special one off events.

For more information, please get in touch with the project organisers: 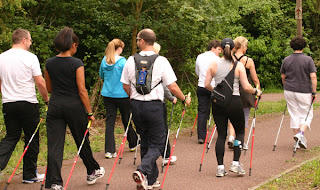 Posted by Walking North Wales at 06:59 No comments: