A visitor to Aberdaron had an unpleasant surprise waiting for him on returning from a boat trip. He had parked his car on the beach, but came back to find the tide had come in, and surrounded it. The sand was now too wet and soft for him to drive it out. A tractor was used to partially drag it out before the tow rope snapped. Fortunately it was successfully removed on a second try. 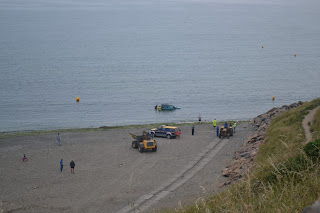 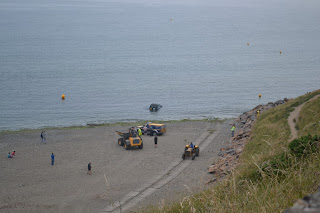 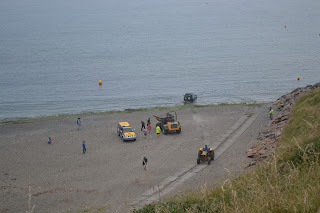 Posted by Walking North Wales at 03:00 No comments:

Just one of our many quirks...

Many of our visitors from Europe and America comment on how odd it seems to drive on the left, a relatively unusual feature of the UK that we share with parts of the British Commonwealth like Australia and New Zealand, and with Japan. 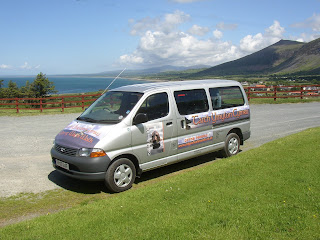 The reasons why the UK and some other countries stubbornly go against the prevailing tide are somewhat lost to history, but a popular theory is that the preference goes back to the days of the Romans. Back in those more violent times, travellers commonly wore swords on their left side, and wielded it with their right hand. Consequently people tended to walk on the left side of a path, to avoid getting their sword tangled up with that of a passer by, and if they came across anyone hostile, their scabbard was safely out of reach of their opponent, and most right handed people could more effectively defend themselves with their right arm. Walking on the left was such an established practice, that it was actually codified by the pope.

Perhaps the better question is why the rest of the world decided to switch to the right, particularly when having a right hand drive car with manual transmission, means that most people only have their weaker left hand on the steering wheel when they change gear?

This may have something to do with the huge, horse - drawn wagons which were used to transport goods in America and France. The driver would typically sit on the left, rear horse, so his stronger right arm was free to hold a whip. This also meant that it was easier for him to drive on the right side of the road, so he could see his left wheels, and make sure he had enough room to get past any on-coming wagons. There may also have been political reasons for the difference, as the American revolutionaries wanted to deliberately break with British tradition, and similarly Napoleon wanted to differentiate France's laws and customs from the hated British.


Posted by Walking North Wales at 02:43 No comments:

Peter was out and about near Porth Dinllaen yesterday, and noticed the work being done to build a new Lifeboat Station. 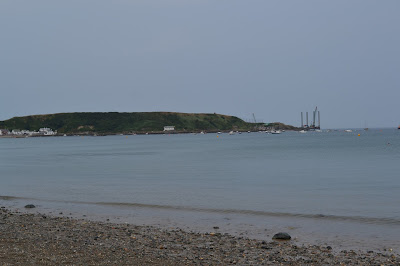 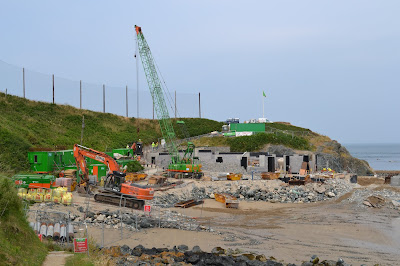 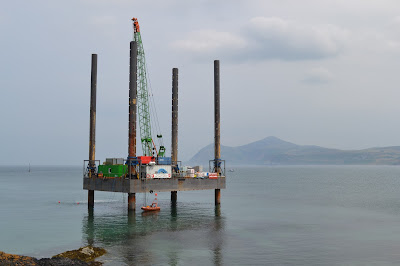 As you can see from the pictures, it's quite an ambitious engineering project. The structure that looks like a mini oil-rig, is a temporary jetty installed to allow them to offload building materials, as there is no road access to the site.
It's good to see that the council is making a big effort to keep the Wales Coast Path open even during the construction. They have put up this elaborate staircase to allow walkers to continue to reach the end of the headland. 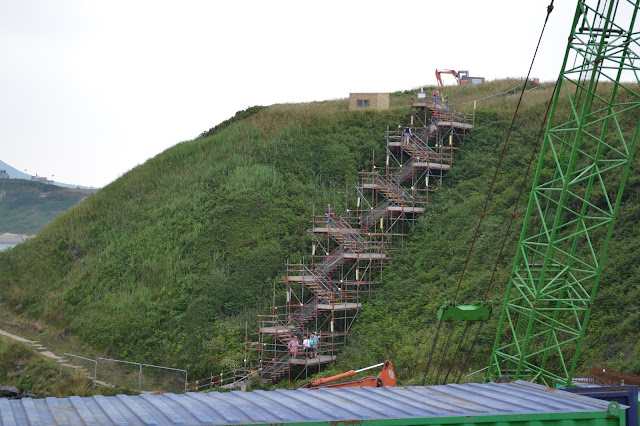 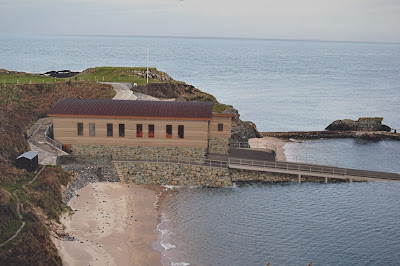 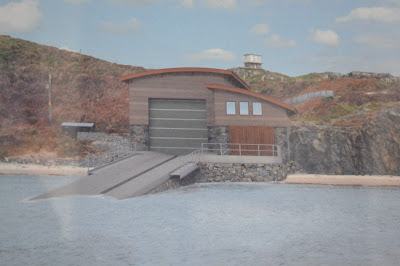 The plans for the finished building show quite an attractive structure, designed to blend into the environment. The new boathouse will be clad in timber over a masonry base and be roofed in copper which will turn green as it weathers, and blend in with its grassy surroundings. Peter also learned a little of the station's interesting history from one of its information boards:

"The RNLI has operated from the site since 1864, and the previous boathouse and slipway were built in 1888 at a cost of £1200. The first lifeboat was 36ft long and powered by 12 oars, it arrived by sea from Caernarfon having been delivered free of charge by rail from London by the London & North Western Railway Company.
The station was born out of an act of extreme bravery in 1863 by Robert Rees who, assisted by 4 other local men, saved 28 lives. It has a proud history with many lives saved, and people assisted over its 150 year history - nearly 100 in the last 5 years alone. Associated acts of bravery have been recognised with a number of gallantry medals, including a Silver Medal awarded to Second Coxswain William Dop for his intrpid seamanship in the rescue of three people from the yacht Waterbell on the night of 8/9 August 1951."

Posted by Walking North Wales at 02:18 No comments:

Morfa Nefyn's famous pub, the Ty Coch Inn, has come third in a list of the best beach bars in the world, compiled by the holiday company Cheapflights. The list includes locations in Jamaica and Australia, so it's a real measure of the Ty Coch's charm that it could compete with such sunny climes! 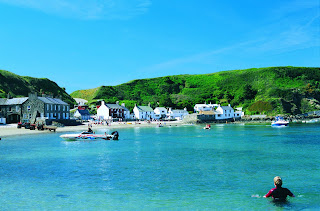 Landlady Briony MacMillan, 61, said: "I was surprised and thrilled - it's a nice accolade to have.

The Ty Coch (or Red House in English) began life as a vicarage in 1823 before it opened as an inn in 1842 for shipbuilders from the nearby harbour.
It can only be reached by walking nearly a mile across the beach or across a golf course on top of the headland.

To give you an idea of the kind of places the Ty Coch was up against, here is the top ten list: