To be quite frank I didn't know very much about Risso's Dolphins, until I hear that some have been spotted off Bardsey Island.

Thanks to the BBC's website, I now know the following: 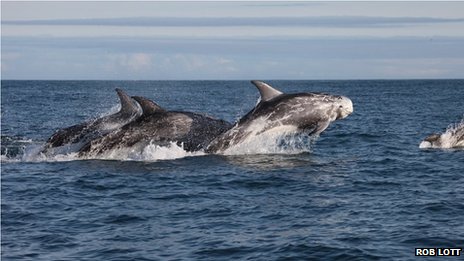 Posted by Walking North Wales at 08:15