How low can you go?

Yesterday low tide was set for 16:04. It was set to be the lowest tide of the year - 0.0m. There was also very little wind and a very calm sea. So, these photographs show Aberdaron beach at the lowest tide you can realistically expect ever to see. 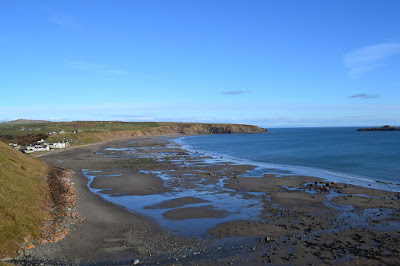 Aberdaron beach on March the 10th at the very low point of the tide. A mile of sand with hardly a person to be seen in the winter sun. 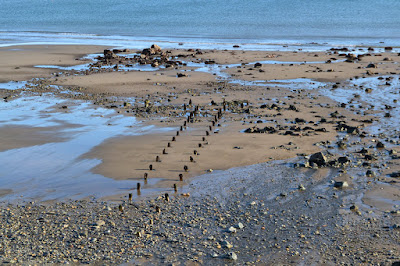 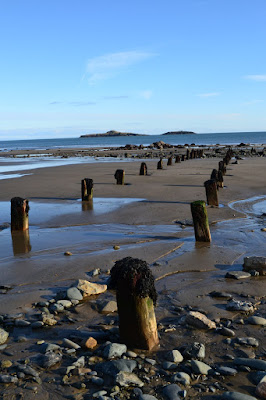 Low tide exposes the remains of Aberdaron pier. This was not a tourist attraction but a large loading pier for ships extracting the granite which was mined behind it. Unfortunately for the investors the market for granite collapsed in 1925 and the quarry was abandoned and the pier cut down. It stood at a heights of something like 10m to enable boats to come in on the high tide and load up with rock whilst sitting on the sand but lashed to this structure. 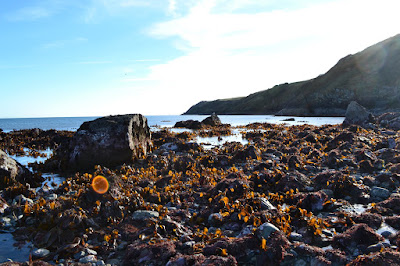 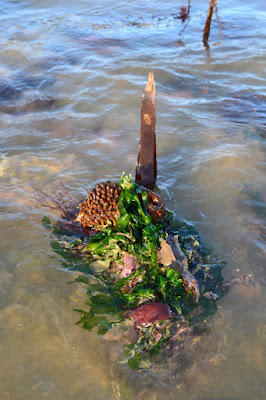 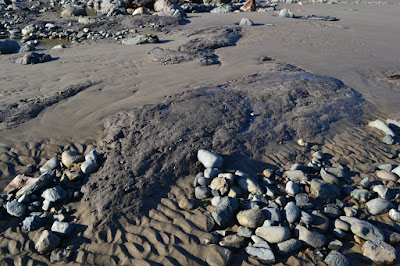 There are no dinosaur footprints or petrified forests on Aberdaron beach but you will see the compacted clay which underlies the sand and shingle. 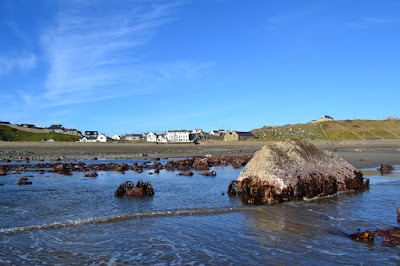 This is Carreg Ring. A huge boulder referred to as "the big rock" and normally seen only from the shoreline. 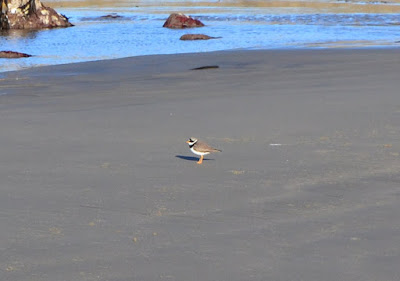 There were a lot of Oystercatchers on the beach that seemed to move around in groups, but this little fellow was all on its own. Any ideas what it is? 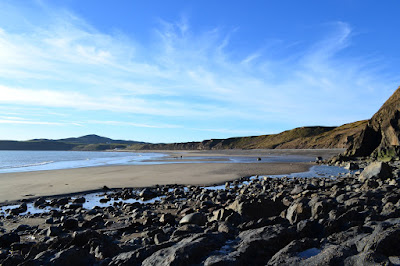 Aberdaron beach from the east. There are large caves here and much exposed rock, and some lovely rock pools with fish in them. Just a mile back for that first pint at the Ship.

Posted by Walking North Wales at 03:29