Congregational Singing in the New Church 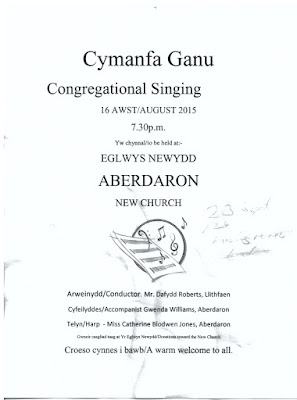 I have been coming to Aberdaron on holiday for 40 years, have owned Dolfor for 30 years and have lived and worked here full time for 13 years and yet I had never seen the inside of the "New Church". It is "New" because it was built in 1841 to replace the ancient church of St Hywyn's, Aberdaron which, it was believed, was going to fall into the sea. However, an effective sea wall was built and St Hywyn's was saved. The New Church was itself abandoned in 1906 when St Hywyn's was comprehensively restored. The graveyard has been well used for burials and the nearby rectory continued to be occupied until R.S. Thomas retired in the 1970s. This new church is now in need of repair and this will be an important subject of discussion this autumn with the community meeting called for September the 23rd. As a start to this process there was a celebratory congregational singing event last week and the photographs below tell their own story of community togetherness, pride in talent, joy in music and in the Welsh language. 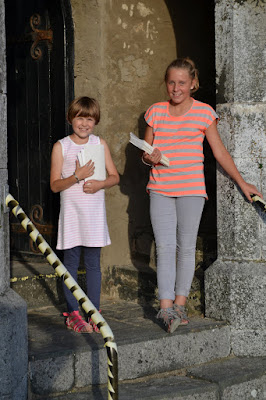 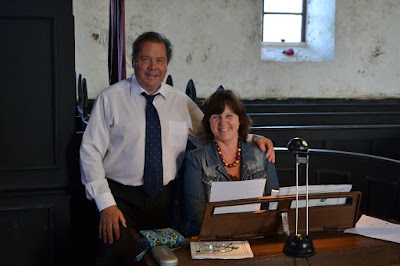 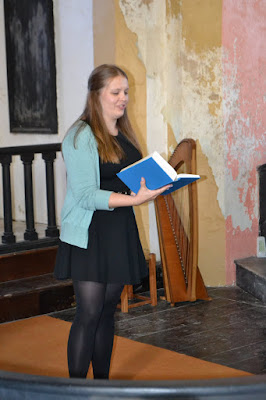 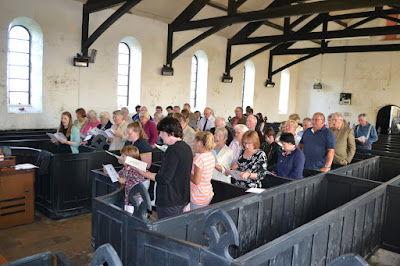 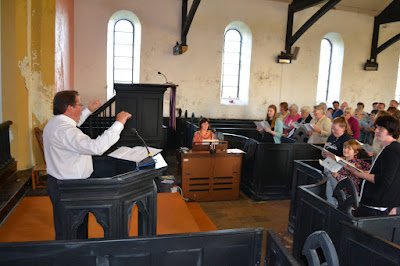 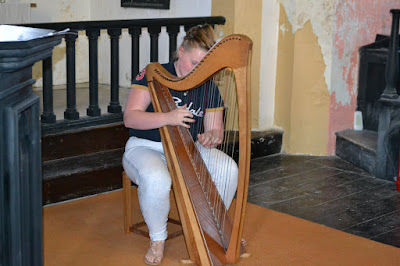 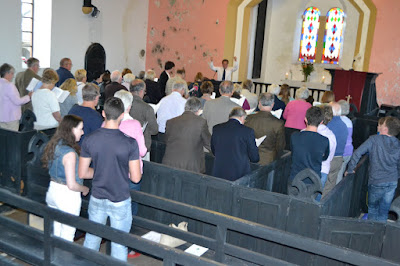 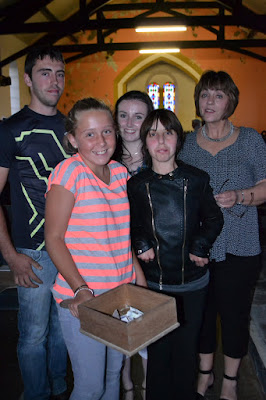 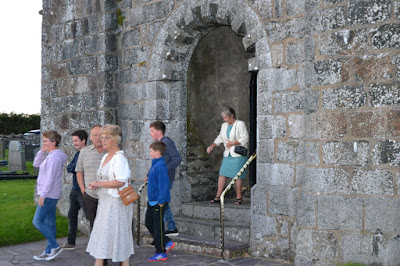 Posted by Walking North Wales at 02:03